A great alternative to FIFA or PES for Android 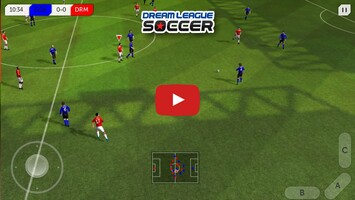 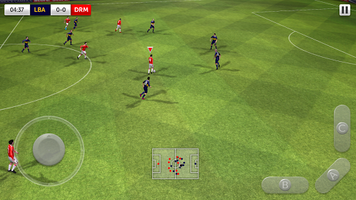 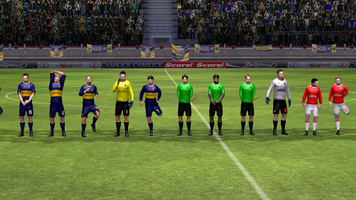 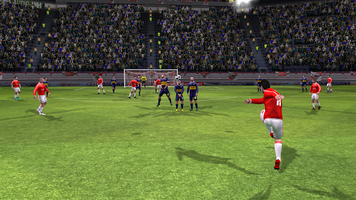 Advertisement
Dream League Soccer is an entertaining soccer simulator that challenges you to lead your team to victory starting on the lower ranks of a fictional league that includes several teams from the European leagues.

At the beginning of the game, you can choose a name for your team, design your gear, and choose a captain. Once that's done, you'll start out in a league with several modest teams such as Levante, Anderlecht, and Heerenveen. From there you'll have to start winning matches in order to move up to a higher division.

Along the way you have to manage all aspects of your team: upgrade your stadium's facilities, create your team's tactics, recruit players, and review all stats for your team's starting squad. All this will have an impact when you take to the field and try to score goals.

The fun really begins in the game simulator. There are three basic buttons: pass, shoot, and cross – but these are more than enough for you to enjoy an amazing control system. You can use them to block and make long passes, dribbles, lobs, and much more.

Dream League Soccer is one of the best soccer games out there, and the best part is that it’s completely free. You can pay to remove the advertising, but as it’s neither excessive nor annoying, it’s not really necessary.
Reviewed by Andrés López

Why is the game not downloading data from Google play store

Very good I enjoy this game FIFA Soccer
The 2021 / 2022 soccer season is now on Android
eFootball PES 2022
The most realistic soccer game on Android
Dream League Soccer
Build the greatest soccer team, ever
8 Ball Pool
The best pool game for Android
FIFA 16 Ultimate Team
The best soccer game is back on Android
Carrom Pool
Get rid of all the tiles on the board
Total Football
Enjoy soccer with a high level of realism
Punch Hero
Throw tons of punches in this immersive boxing game